What is common to many is least taken care of, for all men have
greater regard for what is their own than what they possess in
common with others.

The idea of aspects of the natural world being "privately owned" strikes as rather crass to most people and perhaps with some good reason as it brings to mind a vision of heartless mercenaries sacrificing nature to the pursuit of profit. Industrialists, we are led to believe, can only possibly view nature as a means to and end rather than an end in itself, and in doing so reduce it to a disposable commodity.

However, this prevailing assessment does not take into the equation the fact that true ownership is attended by responsibilities to which an owner must be held accountable. Where rights entail responsibilities (as they have in the past under common law), and these responsibilities are enforced, the claim to a property will serve naturally as an incentive to conserve that property. In effect owners will become custodians.*

* (The words "ownership" and "property" have perhaps simply taken on negative connotations synonymous with exploitation for various historical reasons, and so it is essential in order to dialogue on these topics that we make explicit the fact that our definition of ownership is one that not only entails property rights but property responsibilities.)

Most people presume that government must fulfill the role of protecting the natural world, but this arrangement throws up some rather dubious incentives. When governments write policy documents about rivers, lets say, they tend to be for the purpose of  delineating who is allowed to exploit the river, on what terms, and in what measure. Special favours can always be handed out to cronies or campaign contributors; to “stimulate local business”; or for any other political ends that might attract short term support for office-holders regardless of the long term consequences. The rights to log a forest can be sold off to the highest bidder and the tax payer can be left with the burden of restoring it to health.


Where the river (or forest) has particular ownership (rather than general ownership) it is fully in the interests of the owner (or owners) to keep it permanently in pristine condition for at least three reasons. (Owners also need not necessarily be private companies or individuals, but also charities, trusts, worker or consumer cooperatives, NGOs, or any form of organisation - that notwithstanding,  even if held by a private corporations these same incentives will apply.) 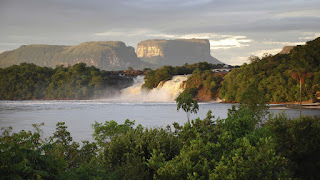 The first is in order to retain (or even increase) the resale value of the river. The better condition the river is kept in the higher its value will become; and even if the proprietor has no plans of ever selling the river they still have no interest in losing whatever outlay they have sunk into acquiring it in the first place. As such, a particular owner has the maximum incentive to protect against the river being polluted and to take whatever action is necessary to prevent it from being polluted. As a rightful owner they have the legal and moral right to take action against anyone who pollutes the river because the polluter has damaged the value of their property.  As it is not under general ownership where everyone has as much right to abuse it as anyone else does, the proprietor's interests are aligned with the interests of the natural world, thus he is risen to the level of a custodian.

Secondly, a well-kept resource is renewable - it can turn a profit indefinitely. A badly-kept resource cannot. If a river is ill-kept the return on the investment for acquiring that resource will soon dry up (no pun intended.) As such an owner who does not know how to take care of the river will stand to gain more from passing it on to someone who does than from keeping it. A superior custodian will be able to pay more to acquire the river since they know how to put it to good use indefinitely.  The best experts in keeping a river running cleanly stand to gain the most from owning them and therefore will be able to pay more to acquire them than those who lack that expertise. In this way those who are the best custodians of resources will end up with them in their care on average over time. (The same would go for forests, fisheries, or grazing lands; where altruism is not enough to motivate environmental concern, rational self-interest will usually do the trick.)

Thirdly, if the river is not properly kept and becomes polluted, this is inevitably going to have negative effects on neighbouring lands, industries and settlements as the pollution is carried by the river onto other people’s property. At this point, as the last line of defence against irresponsible misuse and management of the river is the threat of litigation against the owner for his negligent and harmful management of his property. Where others have suffered harm, loss of health, or damage to their own property, a particular owner should be forced to pay damages and reparations to restore them to their original condition. They can lose their personal property and have to forfeit ownership of the river if they are found guilty of causing damages. When the government causes environmental catastrophes, as they often have, they can only be tried in their own courts, and even so the property of decision-makers is never at stake - even if found guilty of wrong-doing, the public purse will eventually foot the bill. As officials in public institutions tend to have a diffusion of responsibility it is hard to hold particular culprits to account for their actions, rarely will a department be shut down or replaced where abuses occur as they are presumed essential even having "made mistakes". Often state officials have sovereign immunity, occasionally one or two resignations will be tendered as a  token gesture, but the machinery of the institution remains as well as the lack of moral hazard which set it up to fail.

Posted by Antony Sammeroff at 10:09