There is general bias towards the belief that if rich people give away their money (or are taxed is more) then that will be more beneficial to humanity as a whole than if they reinvesting their fortune in the stock-market. When people hear that such-and-such is a billionaire, they tend to think Mr. Billionaire is 'hoarding the money' and he 'doesn't need it because he is rich enough' as though the money is sitting under his bed. But it's not, it's invested in businesses that often end up doing a great deal of good, not for Mr. Billionaire, but for the average person. To illustrate, imagine:

Option A. Mr. Billionaire gives away 1.2 billion to Africans, might be a drop in the ocean. This amounts to around $1 per person. Very soon the money is spent, nothing systematic has changed, and things revert to more or less the way they were before.

Option B. Mr. Billionaire invests 1.2 billion in an engineering company that invents an innovation in communications technology for people’s phones. This is driven by consumer demand, but it ends up making it significantly cheaper to build infrastructure in Africa. This sets aspects of the process of development forwards by a decade. It actively takes people out of poverty is a durable way.

The advantage investment has is it’s actually responsive to public preferences. I.e. If people don’t buy the products that Mr Billionaire invests in it will get re-diverted into things that people do want to buy. There is a feedback mechanism to prevent it from being wasted, as the rich guy does not want to lose his investment.

This process does not depend on the magnanimity of the investor either. He can invest out of pure self-interest and still benefit society as a whole. If the first millionaires gave away their money rather than reinvesting them in other businesses thinking that was the best way to do good it may have set back technological progress by decades we might not have computers yet.

These things are more complex than people intuit. If world poverty was as easily solved as some think it could be we would have done it already. 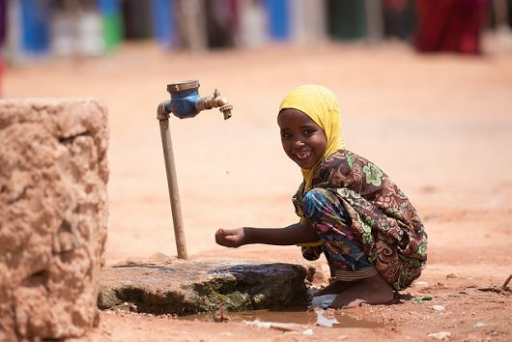 Posted by Antony Sammeroff at 17:17